I hold this sadness in the pit of my stomach.  It has been there for 3 1/2 years.  I still think about it every day, dream about it and get upset about it.

Three and a half years ago, I lost the best group of friends I had ever had.  We had been friends for 8 years and had all met where I used to work.  They were the best.

One day, while going back and forth over text with one about some weekend plans, the bomb dropped.  She told me that she and the others thought it best if I didn’t come.  It had been months since I had seen any of them.  Lots had happened.  Paul and I had just got married, moved, I was working full time and I was half way through my pregnancy with Noah.

Anyway, I received a really long text explaining her point of view.  It was not mean just honest, but it cut like a knife.  Not to mention that I was pregnant, so I cried for what seems like forever.

As a group, my friends had decided that I wasn’t putting enough energy into them any more.  Years earlier when Matt and I got married, they didn’t notice that effect my ability to hang out very much.  This was due to the fact that Matt worked a lot, so if he wasn’t home there was no reason for me to be home.

As time went on, more and more added on to my plate making it more and more difficult to spend all the time with them that I once did.  I had one baby, then two, then I was a single mother.  Then I was working full time, got married again and gained three step children.  My time with my family was becoming more and more precious.

Typically when you plan on having a child, you aren’t making that plan to only have them with you half of the time.  So, when that ends up happening, you have to weigh your options ALL THE TIME.  Would I rather do this, then spend time with the kids?  Is this worth taking some of my time away from the kids?  Now, maybe not all divorced parents think about life like this, but I do.

This naturally weeds out all kinds of friends, well the whole getting married and having kids does that too.  This particular group of friends had already stuck around through the hard part though, so I didn’t understand.  They were there with me as I went from single, married, mother, mother of two, divorced, single mom, married again and finding out I was pregnant again.

I only saw all of them together one time after I got married to Paul.  I spoke with them over the phone and saw a couple of them individually.  Four of them even came to our wedding.  They were all hesitant about it and worried for me, naturally, it was quick and lot of people were cautious.  Yet, they still came to support me.  The last time we were all together, I met them out by where they worked and told them that I was pregnant.

That is it, that is the last time I saw them.  I loved them all so very much.  It still makes my heart sad that after years, I didn’t get to say goodbye, I didn’t get an explanation.  No one else ever reached out to me, even though I tried calling to see if this really was how everyone felt.  Slowly they unfriended me on Facebook and I never heard from any of them ever again.

The only thing I remember from the text message was something like this, “we thought that when you were married before the reason we didn’t see you as much was because Of Matt” “but, that hasn’t changed, so now we know it’s because of you.”  “You choose men who don’t understand your relationship with us.”

That hurt, that hurt so much.  Neither Matt, nor Paul had a problem understanding my relationship wth the girls.  In fact, they had both hung out wth them multiple times.  They enjoyed their company and were always nice and respectful to them.

It is only now that I realize, it was this friend or the whole group of them that didn’t “understand”. I still am not really certain, as it was ever just the one who spoke for them all.  My life had grown so far up and out from where it was at the beginning of our friendship.  I was no longer a 23 year old single girl.  I was now a mom, a wife, an ex-wife, a step-mom and an expectant mother that was 31.

Most people can not wrap their head around the complications of our every day life.  Most people don’t want to and I don’t want others to have to endure the mess it took to make it here.  To my old friends, I hope you never know a life of divorce.  I hope you never have to plan your life around when you do and don’t have your kids, but most of all I hope that if you do, you don’t have a group of friends that walks away from you.

Three and a half years and I still miss you.  Some of you have had babies and I wish that I could see what you are like as mothers.  I hope that you are happy, healthy and well. 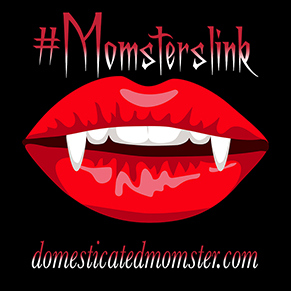 Published by Making Time For Me

16 thoughts on “Losing Friends because of Life”